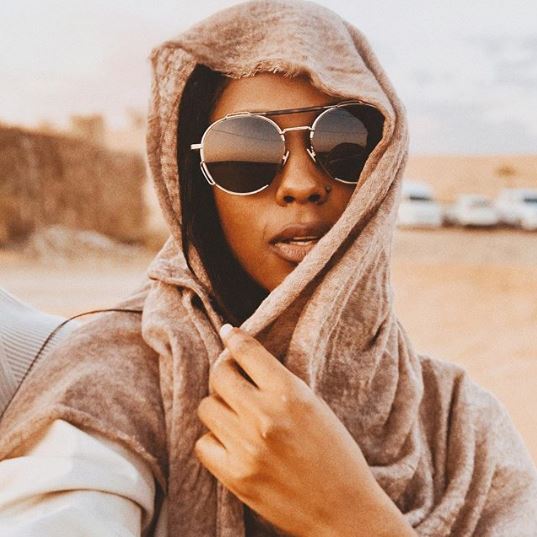 This is not Vanessa Mdee official website, it is only created by one of her fans because like.

Vanessa Mdee was born on 7 June 1988 in Arusha, the third-largest city in Tanzania. Mdee became familiar with various cultures after growing up in New York, Paris, Nairobi and Arusha.

Vanessa Mdee was born on 7 June 1988 in Arusha, the third-largest city in Tanzania.

Mdee became familiar with various cultures after growing up in New York, Paris, Nairobi and Arusha. She obtained her secondary and high level education at Arusha Modern High School. Mdee attended university at the Catholic University of Eastern Africa to pursue a law degree. Mdee quickly became familiar with many different forms of creative and performing arts. 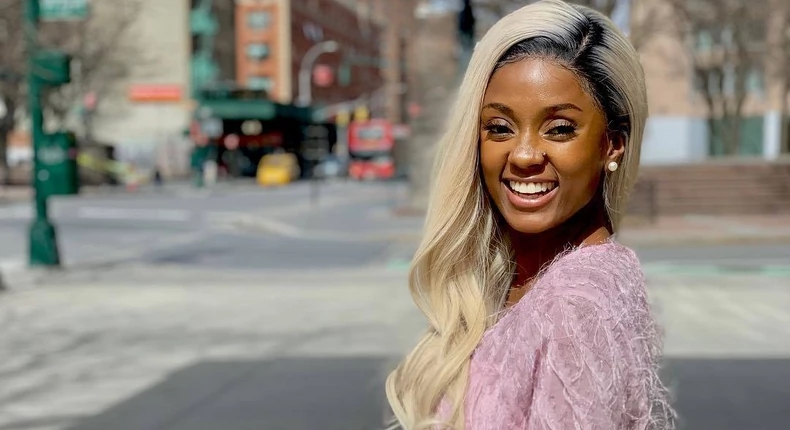 Vanessa Mdee was born on 7 June 1988 in Arusha, the third-largest city in Tanzania. Mdee became familiar with various cultures after growing up in New York, Paris, Nairobi and Arusha. She obtained her secondary and high level education at Arusha Modern High School. Mdee attended university at the Catholic University of Eastern Africa to pursue a law degree. Mdee quickly became familiar with many different forms of creative and performing arts.

In early 2007, Mdee got the chance to audition for The MTV VJ Search in Dar es Salaam. Afterwards, she joined Carol and Kule to host the Coca-Cola Chart Express. By 2008, Mdee had established herself in Tanzania and around the continent, hosting shows in Nigeria, South Africa, Kenya, Mozambique, Angola, Uganda, and the Democratic Republic of Congo. She also became known in the United States and Brazil.

2012: MTV Base Meets and music premier

In 2012 Mdee hosted MTV Base Meets, a show geared towards empowering young Africans from around the world by giving them the rare opportunity to sit down with an influential leader. MTV Base Meets brought her in the company of Russell Simmons, Alek Wek, former President of Nigeria Hon. Olusegun Obasanjo, football star Emmanuel Adebayor and Akon. Mdee also hosted the Kili Music Awards (Tanzania’s music awards) as well as Tanzania’s nationwide talent search Epiq Bongo Star Search (EBSS). Mdee is currently working on her new web series Vee World Wide, about her travels and encounters with various celebrities from around the world. People who have appeared on Vee World Wide include Keke Palmer, Carol Rodrigues, Da Internz, Keyshia Knight Pulliam, Letoya Luckett, DWoods, GOOD Music’s D’Banj and many more. Mdee was asked to audition for BET’s 106 & Park, although she did not get the gig.

arly this year, Vanessa Mdee signed a brand ambassadorship deal with Samsung Tanzania. Vanessa has continued to attract a lot of attention from plenty of corporations due to her enormous talent and continued effort to grow her brand.

On 26 March 2015, Vanessa Mdee released her fifth single Nobody But Me where she joins with heavy hitting South African rapper K.O on. Composed by Vanessa Mdee, Ntokozo Mdluli and Nahreel, the light hearted collabo will transcend from the airwaves to the club. Nobody But Me is already topping charts in various countries in Africa.

On 4 April 2015, Mdee performed in Lagos, Nigeria at the Gidi Culture Festival known to be Africa’s biggest beach festival, that was presented by Eclipse Live and Lagos State. The festival was held at Eko Atlantic. Vanessa Mdee shared the stage with some of the continent’s top artists like Burna Boy, Awilo Longomba, M.I, Waje, Sean Tizzle, Victoria Kimani, Efya, Skales and many more. Vanessa Mdee was the only artist representing Tanzania at the festival.

The Mombasa Rocks festival was held at the Mombasa Golf Club – Kenya on 8 October 2016. Vanessa Mdee delivering an electrifying performance was among the headliners that featured international singing sensation Chris Brown, Nigeria’s Wizkid, Tanzania’s Alikiba and others.

Vanessa Mdee has been rumoured to have been in a number of romantic relationships but the only confirmed relationship is with her now ex, Tanzanian music star, Juma Jux. The pair were in a relationship for six years before the final breakup in 2018 which they mutually agreed to keep secret before Vanessa revealed the news in an interview in 2019. Juma Jux later revealed in an interview that his first breakup with the singer was as a result of a picture of Vanessa with Nigerian rapper, Ice Prince, with the two looking cozy. Vanessa was also linked to a rumoured romantic relationship with American superstar, Trey Songz, which she later refuted in an interview.

On 25 November 2019, Rotimi, popularly known by his character, Andre, in the popular TV series, Power, shared a picture of him and Vanessa posing in an elevator on date night, with Vanessa also confirming their relationship by posting the same picture with a different caption. Rotimi told the story of how the two met at a party and hit it off and Vanessa also said in an interview how she knew he was her husband, only two days after meeting him.[27] In a video posted on Instagram with Rotimi who was later joined by Vanessa, the pair revealed that they both had tattoos of each other’s name on their bodies; her (middle) name, Hau, on his right wrist and his name, Rotimi, on her chest.they also have matching tattoos of the number 1045 on their wrists.

In December 2020, Vanessa announced her engagement to Rotimi by posting a video of her diamond ring on Instagram along with a long caption.The pair was expecting their first child together. It was announced with a series of maternity photos. On 29 September 2021, they welcomed a boy.